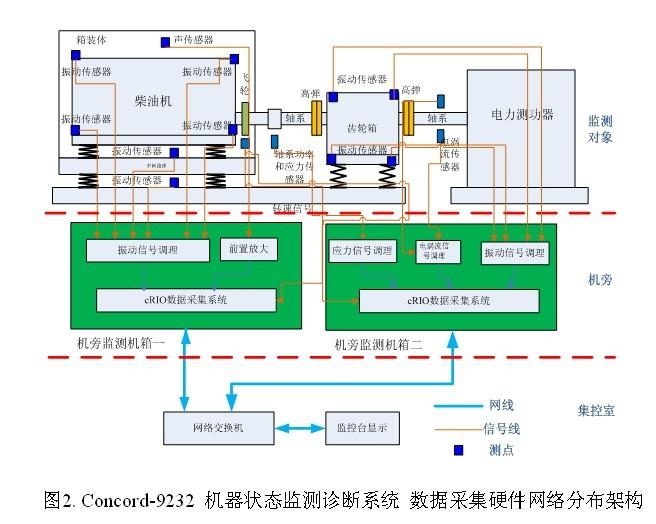 Structural vibration has been a significant focus for the dynamic testing and analysis group. Whether the object is a turbine blade rotating at high speed, or a bridge sustaining traffic and strong winds, Modal Analysis can be applied to provide insightful solutions.

Comprehensive Modal Analysis includes both data acquisition and the subsequent parameter identifications. From its inception till now, Modal Analysis has been widely applied in mechanical and structural engineering for designing, optimizing, and validating purposes. It has been widely accepted for broad applications in automotive, civil engineering, aerospace, power generation, musical instruments, (etc.), industries.

Experimental Modal Analysis emerged in the late 1950Ī»s and gained steady popularity since the late 1960Ī»s. During that time period, researchers tried to solve a major structural issue referred to as the self-excited aerodynamic flutter problem, which is considered a critical issue for the aerospace industry. Nowadays, ground vibration testing (GVT) is still carried out on the prototype of every new airplane model designed.

Another challenging task during that time period was normal mode tuning. A large amount of testing equipment was required in addition to the necessity of a highly skilled test team.

More commonly used than normal mode testing was the modal survey, which was conducted on a structure under test using a small hydraulic actuator or an electro-mechanical exciter to understand the characteristics of the structural modes. The measurement research effort of the late 1960Ī»s and early 1970Ī»s focused on generating a modal model from a set of measured FRFs.

The origin of modal analysis is traced back far into history. For instance, the Fourier series and the study of spectrum analysis laid a solid foundation for the development of modal analysis. Fourier, based on earlier mathematical wisdom, claimed that any arbitrary periodic function with a finite interval can always be represented by the summation of simple harmonic sinusoidal functions.

The Fast Fourier Transform (FFT) algorithm invented by James Cooly and John Tukey in 1965 paved the way for application of experimental techniques in structural dynamics. With FFT, Frequency Response Functions of a structure under test can be computed from the measurement of given inputs and resultant outputs. The modal analysis theory helps establish the relationship between measured FRFs and the modal data of the structure under test. Research efforts were focused on identifying modal data from measured FRF signals. Since then, numerous parameter identification methods have been proposed, from Single DOF to Multiple DOF, time domain methods to frequency domain methods, single reference to multiple reference, etc. Many of these methods have since been computerized, including methods based on responses of a structure instead of its frequency response functions.

Theoretical modal analysis is closely identified with the wave equation, which describes the dynamics of a vibrating string. From the solution, we can determine its natural frequencies and mode shapes. Forced responses can then be computed using the modal model. This stage of modal analysis, developed during the 1990Ī»s, was largely dependent upon mathematics to solve partial differential equations which describe different continuous dynamic structures. The elegance of the solution is evident while the scope of the solvable structures is limited.

The concept of discretization of an object in space and the introduction of matrix analysis brought about a climax in analytical modal analysis. It was theorized that a structural dynamic analysis of an arbitrary system can be carried out when knowing its mass and stiffness distribution in matrix forms. However, this theory could only be realized when powerful computers became available. In this aspect, analytical modal analysis is very much a numerical method, which is one of the more popular Finite Element Analysis (FEA) applications.

Modal testing is the experimental technique used to measure system characteristics, assuming the system is linear and time-invariant. The theoretical basis of this technique is secured upon establishing the relationship between the vibration response at one location and an excitation at the same or different location as a function of the excitation frequency. This relationship, which is often a complex mathematical function, is known as the Frequency Response Function or FRF in short. Combinations of the excitation and response at different locations lead to a complete set of frequency response functions (FRFs) which are collectively represented by an FRF matrix of the system. This matrix is usually symmetric, reflecting the structural reciprocity of the structure under test.

The practice of modal testing involves measuring the FRFs of a structure. The FRF measurement is simply taken by asserting a measured excitation force at one location of the structure in addition to measuring vibration responses at one or more location(s). The modern excitation technique and recent developments of modal analysis theory permit more complicated excitation mechanisms. The excitation can be of a selected frequency band, stepped sinusoid, transient, white noise, or periodic random types. It is usually measured by a force transducer or impedance head at the driving point while the response is measured by accelerometers or other probes. Both the excitation and response signals are fed into a dynamic signal analyzer which is an instrument responsible for computing the FRF data.

A practical consideration of modal testing is the quantity of FRF data needed to be acquired to adequately derive the modal model of the structure under test. When performing a simple hammer test, a fixed response location is used while alternately roving force excitation points. The measured FRF data constitutes a row of the FRF matrix. The data would theoretically suffice for deriving the modal model. For a simple shaker test, a fixed force input location is used while alternately moving response collection points or simultaneous acquiring responses from points. The measured FRF data constitutes a column of the FRF matrix. Again, the data should suffice theoretically. With sufficient measured FRF data, the parameter identification process will derive modal parameters by ways of curve fitting. This process is known as experimental modal analysis. The identified modal parameters will form the modal model of the structure under test. Parameters can be extracted either from individual FRF curves or from a set of FRF curves, namely a local or global method.

TodayĪ»s engineering tools are the result of constant software development, but these developments arenĪ»t always best for the end-user. Engineers who are heavily invested in their tools will be reluctant to switch to a new device. In a time where software is constantly changing, people donĪ»t have the time to struggle with new software interfaces. Especially field technicians, whose job is to collect and analyze data, donĪ»t like wasting time getting used to a new software interface. Their job is already complicated, and is only made worse with a complicated measurement device. If their tools are too complicated to use, engineers will look for a simpler solution.

This is one of the great advantages of the CoCo-80X ©C the minimalistic interface and simple controls are welcoming to users. The signal display conveys only the most necessary information, while advanced features are also immediately available through touchscreen controls and function keys. Users can quickly add or remove signals to any plot, and can also configure the X- and Y-axes via the touchscreen. Figure 1: Switching to a Numeric Display

The CoCo-80XĪ»s most common and important features are immediately accessible through dedicated hotkeys. The analyzerĪ»s primary setup menus can be accessed from any menu, so users can quickly navigate to any menu interface. These powerful and intuitive controls are what make the CoCo-80X such an appealing proposition.

Although new users will appreciate this level of accessibility, there are also many features tailored to experienced users. The CoCo-80X handles analysis functions through a system called Configurable Signal Analysis (CSA), which allows users to easily manage their analysis projects through a simple interface.  Since all settings are uniquely saved to individual projects, users only need to configure their project once. This means users can quickly pause and resume their tests without reconfiguring any parameters ©C which is a huge benefit for routine users.

The CoCo-80X is a powerful solution for many applications, but itĪ»s the intuitive design and high level of accessibility that provide a truly unmatched experience. The CoCo-80X also boasts a hardware upgrade, which is immediately noticeable in the faster boot-up and zippy interface. These improvements have removed much of the friction involved in data acquisition, so technicians can spend less time acquiring data and more time analyzing data.